Clean water – it’s essential to human health and the health of the planet. Based in the U.S. mid-Atlantic region, one of the world’s largest advanced wastewater treatment facilities provides  clean water to nearly a million people, and treats wastewater, returning it to the water cycle, for nearly as many. Radical and rapid technology changes require the water treatment giant to maintain vigilance against potential vulnerabilities in its system. To that end, the utility brought in BlueGranite to build a revolutionary Azure platform that transforms security infrastructure, and furthers advanced analysis, machine learning, and equipment-monitoring capabilities. 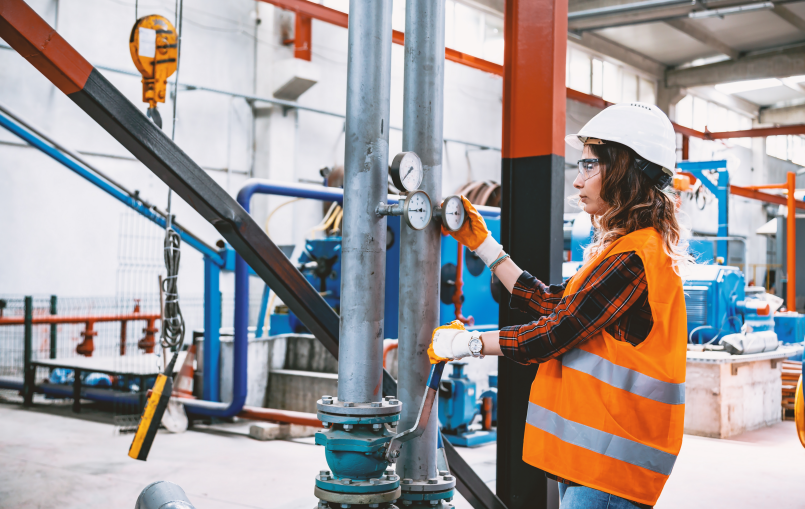 The utility’s vast freshwater distribution and wastewater treatment system comprises  innumerable pieces of equipment, and thousands of miles of pipes, featuring tens of thousands of sensors generating critical information. Protecting this network and monitoring, capturing, and analyzing the infinite amounts of data it produces, is imperative.

Like other large-scale utilities and manufacturers, the utility uses an aging Supervisory Control and Data Acquisition (SCADA) system to manage its massive network. Legacy SCADA systems are simple to operate and easy to repair. They link, control, and monitor components and networks for large-scale operations. But technology’s rapid evolution exposed vulnerabilities in these systems.

Because SCADA systems are at the backbone of much of the nation’s infrastructure, securing them from digital attacks and viruses is a priority. Commandeering control of just one device could bring down a whole system. The wastewater treatment utility needed to implement technology that protects it from such emerging threats; a system that also fosters agile business evolution. The enterprise-grade Microsoft Azure cloud platform was the perfect fit.

BlueGranite worked with the utility to design and implement a custom Azure buildout and a custom web app. The app allows end users to bring additional equipment sensors online, as they become available, into the self-service reporting environment; this allows process engineers to validate that the sensors are configured and functioning correctly before alerting and process controls are triggered.

BlueGranite used a cloud-based, managed IoT Hub service as the conduit between the utility's  tens of thousands of equipment sensors and the cloud. The managed Azure service securely scales to millions of connected devices and events per second, allowing the utility to store the vast amounts of data it generates for future exploration. The new infrastructure offers the capability to secure each individual device connected to the network; in the event a device  becomes compromised, it also holds the ability to shut down individual components, rather than the whole system.

We created two data load pathways: one feeds “hot” (or live) data into the new platform as it’s generated, while a “cold” path feeds in data from the utility’s legacy system (which is still operational during the transition to new technology). The utility can now see all of its data in one place, without having to go back and forth between systems.

Additional Azure technologies collects and cleanse and store data at scale, enabling real-time analytics on the utility’s equipment network. The platform connects to Power BI for easy, but secure access to dynamic reporting and rich visuals.

BlueGranite also designed a web application that monitors equipment temperatures and sends alerts if equipment reaches critical thresholds. It supervises fluctuations; if something exceeds a specific low or high threshold for a defined time period, it alerts the operator in charge notifying them what sensor is affected, and what the data values are. This enables rapid response, and has potential to save money and equipment.

Azure and Power BI lay the foundation for advanced analytics, opening up a world of possibility for the water management operation – from predicting maintenance events and preventing early equipment replacement to averting widespread service outages or catastrophes.

New, near real-time reporting and actionable dashboards are now vital to the utility’s operations. From the ability to now cost-effectively collect and store mass amounts of continuously generated system data, to the newly implemented web app alerting system, the Azure platform is revolutionizing business.

This Azure-based solution provides the scale and analytic capabilities to meet the utility’s future business needs. The solution was, in part, designed to address vulnerabilities in the utility’s legacy SCADA system. This approach can translate across industries – particularly those that still rely SCADA architecture, such as manufacturing, gas and oil, power generation and distribution, as well as large-scale facilities like airports and large freighter ships that use it to oversee mechanical processes.

BlueGranite offers a wealth of resources for those exploring Azure technology. Contact us today to learn more.

RESULTS AT A GLANCE

Uncover Opportunities In Your Organization